For banks looking to build an international payments solution, there are many elements to consider. It’s essential to understand how the key components of the payments landscape fit together, including the roles played by different payment schemes and networks. Banks also need a clear view of the different options available when building or managing an FX solution.

Adding to the challenge, today’s environment is one of significant change: from real-time payments and application programming interfaces (APIs) to central bank digital currencies (CBDCs), a host of new technologies and developments are leading to ever greater choice for customers. Customers’ expectations are also continuing to evolve – meaning that banks need to understand how the market is changing, and what opportunities these new developments may bring.

International payments are supported by a number of different schemes, networks and systems, including the SWIFT network as well as real-time gross settlement (RTGS) systems and automated clearing house (ACH) networks.

Historically, cross-border payments have been associated with some significant pain points. With numerous intermediaries involved in the payment chain, payments spanning different jurisdictions are often slow and can take several days to settle, with little transparency over the status of individual payments. At the same time, cross-border payments have long been more expensive than domestic payments – and the cost of payments is often opaque.

Despite these challenges, change is underway. The arrival of SWIFT gpi has enabled banks to track and trace cross-border payments, and to offer this capability to their clients. Meanwhile, the rise of real-time payments could also play a role in addressing slow or unpredictable delivery times in the international arena – although it’s clear that there will be obstacles to overcome along the way.

“The technology needed to underpin a 24/7 operating model is very different to that needed for a 9 to 5 model. It’s also important to be able to handle scenarios like a sudden surge of payments, which will always happen towards the end of the month or at times like Black Friday. Being able to handle those scenarios gracefully is something that we’ll need to gear up for with real-time cross-border payments.”

Also key to addressing the current challenges in cross-border payments is finding ways to use existing capabilities and rails in new ways. Capabilities such as SWIFT Go and SWIFT’s pre-validation service, for example, can play an important role in reducing the volume of errors in payment messages.

Recent proofs of concept by SWIFT have focused on tokenisation of assets and the movement of CBDCs between networks, thereby offering new ways to connect digital islands. “Our clients are not having their activity restricted to one particular sort of blockchain or digital island – they are looking to grow their business, and they want their banks and the financial industry to solve for that,” says Bhavna Saraf, Head of Group Payments, Partnerships and Strategy, Lloyds Banking Group. “So interoperability is really key.”

The regulatory landscape is also playing an important role in driving innovation and change in the payments space. Significant developments include recent mandates from the G20 to prioritise removing friction and increasing speed in cross-border payments, and to introduce quantitative targets around these goals. The G20 framework also contributes to the UN Sustainable Development Goals (SDGs) – specifically SDG 10.c, which commits to reducing the cost of cross border remittances for migrants sending money back home to less than 3% by 2030.

Alongside the technology elements of cross-border payments, it’s important to pay attention to commercial considerations. “When I use the word ‘commercialisation’, it’s not about trying to make money out of customers – it’s about monetising some of the investments that banks are making to deliver a better outcome for our customers,” explains Saraf.

When moving high-value transactions around the world, resilience and security are also more critical than ever. “Cybersecurity is really important,” says Stephanie Mitchell, Head of Product at Form3. “Having that strength and resilience in technology is critical when it comes to enabling a path for banks to move into the cloud, scale effectively and upgrade the technologies they’re using – which is ultimately going to bake it much easier to scale for that demand and build services that are valuable for customers.”

“Fintech payment service providers (PSPs) set a high bar for user experience and transparency over rates and fees. But I think we’re starting to see an expectation on the corporate side that similar experiences are achieved by all. This makes it very challenging for the banks, because fintech PSPs do a great job of moving very quickly.”

Jones explains that the first port of call should be to have a clear understanding of the target market, and the currencies that the bank will need to pay into the market. “Are you going to be focused on G20 for example, or on being strong in Asia? Or are you looking at building a proposition that includes 125 different countries and currencies?”

The second consideration is reach. There are multiple ways to settle payments: SWIFT, with its network of over 6,000 banks, is the backbone of correspondent banking, and provides a way for banks to move money between different countries. But it’s not the only option: card networks are coming up with some creative solutions around settlement, while developments such as CBDCs and international real-time payments could also offer some different approaches to settlement.

Liquidity and pricing also need to be looked at closely – for example, by considering how a major global or regional bank is set up to provide the required liquidity. “For example, if you’re going into South America, you might be fine going with a strong South American bank to provide liquidity in those currencies,” says Jones. “But if you wanted to hit many currencies, you’re probably better off going with a global provider that will have liquidity in all of those currencies, and will be able to give you more competitive pricing based on their entire book of business.”

Other considerations include the following:

Growth trajectory: Where pricing is concerned, spreads are becoming ever thinner, which makes it important to have a solid understanding of the fundamentals of the business case, and of the growth trajectory over different periods of time.

Tapping into automation: APIs are now a major focus of development across the industry. Delivering real-time pricing and execution. Minimising the number of touch points is still key, so looking for a single API that can do everything is a key approach. 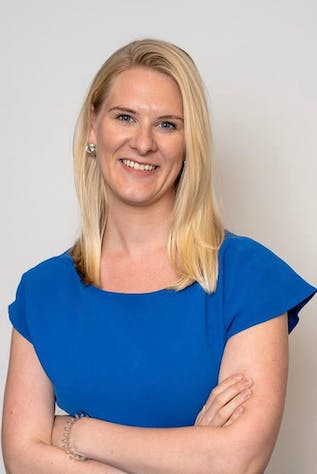 Stephanie Mitchell is Head of International Product at Form3 and based in the UK.