Form3 is a company which spans male-dominated sectors. With regards to full-time employees, the finance industry is around 60% male[1]. This somehow pales in comparison to the software engineering profession which is over 90% male[2].

These numbers demonstrate how massively underrepresented women and non-binary people are in the fintech (financial technology) space. As in so many other aspects of life – some painfully visible in recent world news – the solution to underrepresentation is often an alliance.

What is an ally?

According to Oxford Languages, to ally is to “combine or unite a resource or commodity with (another) for mutual benefit.” The important thing here is mutual benefit. Being a male ally is not an act of charity, nor is it a lopsided arrangement where the male sacrifices something for the greater good; being an ally is an investment. In my experience, you get significantly more than you give.

Being an ally comes in many shapes and sizes. It could be mentoring young girls with an interest in STEM, or perhaps it’s simply correcting someone when they give you credit for an amazing piece of work that your female colleague led the delivery of. In many ways, being an ally is more of a mentality than it is a role. It’s about being aware and slowly whitling away at the deeply engrained biases in our culture.

Why be an ally?

We all have different reasons to be a male ally: some men are fathers who want a better world for their daughter while others simply have diversity targets to meet. I won’t lie, my reasons are entirely selfish. I once mentored a junior engineer who had no degree, no experience, and no confidence. Within a few months she was running circles around me and had effectively become my mentor. It well and truly opened my eyes to the untapped potential of amazing women choosing to work in this industry.

Technology is driven by innovation. Innovation is driven by challenge. Challenges are solved with creativity. It is one of the most beautiful processes on the planet - the creativity of humans gave us an infinite pool of knowledge, a worldwide exchange of culture and art, and instant communication with the ones we love; it gave us the Internet. Imagine how much more we could have if the innovation and creativity of brilliant young women were set loose to solve this world’s problems.

This section originally had a list of names and contributions. In hindsight, this was silly; male allies at Form3 are not doing what they do for recognition. We are all allies in our own way, as I’m sure all the male readers of this article are.

I will leave you with only one question: what more could you be doing? 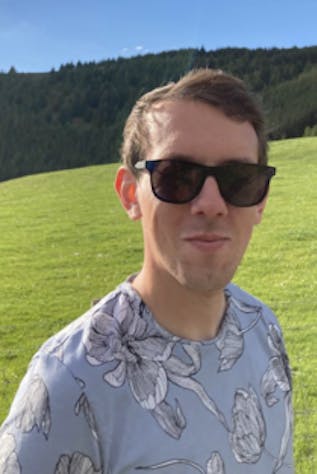 Brendan is a software engineer with a history of defensive programming in high-value environments. He has had an eclectic career path from embedded software instrumentation and performance engineering, through API security and cloud platform architecture, to building the future of banking.