As part of Women’s History Month, we have brought together a series highlighting the wonderful women that lead Form3. The final spotlight is Penny Hughes, a member of Form3's board of directors.

If you could go back in time and do something differently in your career, what would it be?

There are probably two things that I can say I may have done differently. I loved Procter and Gamble where I had my first graduate job. I did really well for myself to get that as a graduate job, but two years later I walked away from it because I was in a hurry! I was a chemist in a product development job and I soon decided that I wanted to be a marketer. I was told that was fine, but that I’d have to start at the beginning again and I was in a hurry, so I left and became brand manager for Milk. When I look back now, I think gosh that’s was a bit of a daft decision. I shouldn’t have been so impatient. As it happens, it set me up then for my job in the Coca Cola Company but of course I wouldn’t have known that at the time.

Much more recently, I was Chairman of Aston Martin which was not a good IPO situation at all. I was made chairman on an IPO on listing and all the things I was told and believed from major banks, management team, lawyers and other investors turned out to be fantastically optimistic and if you put Brexit and the pandemic on top of that, the company just stressed. If I knew then what I know now I would have never taken the job. The best I could do is pass the company on to someone who could afford to run it, and that person was Lawrence Stroll. He is a billionaire, runs his own formula 1 team and is putting it together with Aston Martin. I completely back him and I think he will be successful. He is the kind of maverick entrepreneur who I think you need to be running a brand like that.

What advice would you give young women today who are aiming for the executive or board level for a company?

I don’t think I will say anything very original because I do think that one of the biggest problems is that women don’t think they are ready when they actually are. There’s definitely a need for women to be more confident; sometimes you build that confidence outside the business you are actually in. I think taking up extra non-executive work, extra charity work or being a volunteer somewhere in your community will give you a different experience on what being a leader is, what it means to influence people and what making decisions means. Get as much experience as you can in order to equip yourself with your own confidence to know that you DO have the experience to take the next step. Too often women look around and think that other people can do the job better, but in my experience once you have appointed a woman, they are often one of the very best executives, because in a way they have been waiting their turn for a long time. So, let’s not wait our turn and let’s have that confidence! 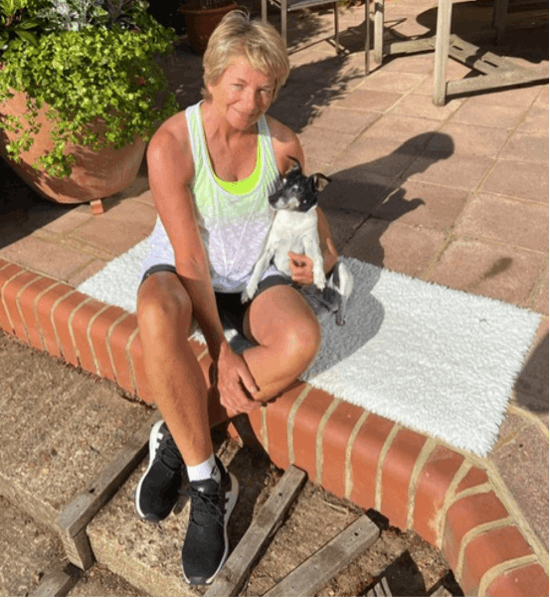 Who has inspired you in your career?

Lots of people, but I think the one person who I worked closest with early in my career, and who really inspired me was Anita Roddick, the founder of the Body Shop, because she was the first person who pioneered profit with principles, trade not aid and human rights. All the things that business’ growing up now understand to be the right way to behave; back then (I am talking about 30 years ago), it was just not valued by shareholders. She just had this extraordinary passion, the ability to touch humanity and understand it from culture to culture which I find extraordinary. I just tried to borrow and learn as much as I can from her.

Can you tell us a little bit about your family life?

So, my husband is called David and I have two children, Alex (26) and Robbie (23). Alex has now left home and is an insurance broker, whilst Robbie works in real estate. My husband gave up full time work when I was pregnant with the boys, so I largely work more hours than he has. But, as ever, it is a partnership, so you do these things together and make choices which are right for your situation. Then of course we have our dog who is 12 who we walk every day, which is a fantastic way to clear your head! We have lived in the same house for 26 years and have done enormous amount of work, so it really is home. 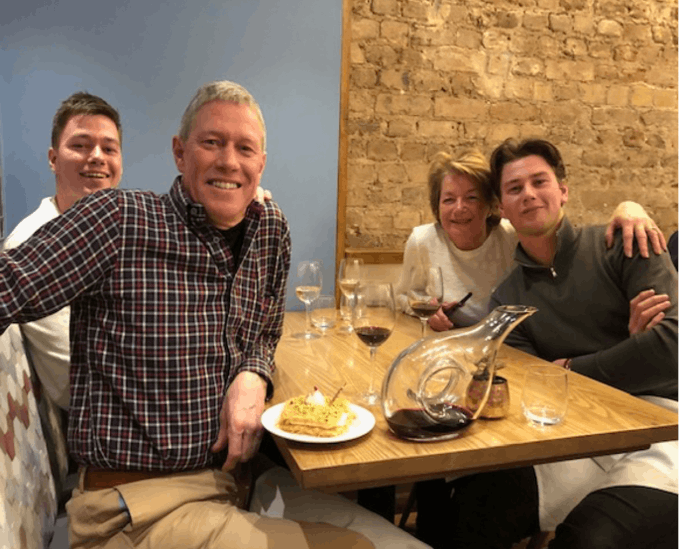 Have you started any lockdown hobbies?

I suppose two things! I am lucky enough to live on the river, so I have been kayaking every morning. Last summer everyone was out on the Thames doing stand-up paddleboarding, so I bought myself one as well, which is great fun. The other one new hobby is probably a new hobby a lot of us have taken on, which is cooking. I try to make nice dinners, get out the recipe books, get a bit dressed up and make the evening a little special and break up the day a little. 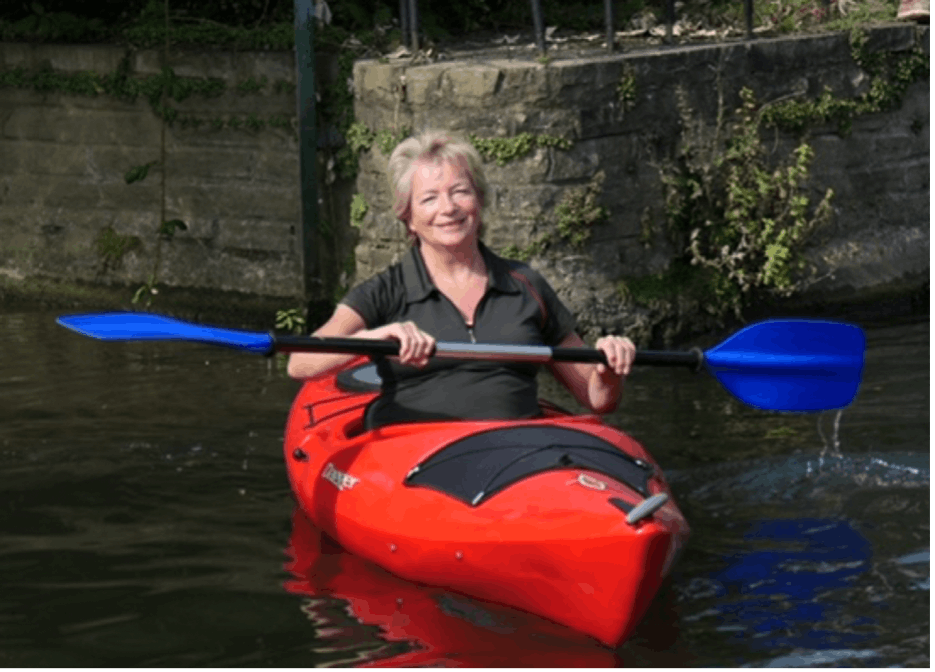 What was your first ever job and what were you doing in that job?

I’m a chemist and my first ever job was in product development with Proctor and Gamble up in Newcastle. I was designing Bold 3 which was the first detergent that cleans, softens and freshens all in one!

Are you a football fan and if so what team to you support?

I am a fanatical football fan! I am a Liverpool football fan. One of my massive regrets in life comes from it as I used to be a season ticket holder at the age of 14, with 4 other girls in school! Some of my happiest memories of my childhood come from those time of getting the ferry across the Mersey and walking up to Anfield. We all went to University and got jobs, and so we decided to give up our season tickets. This was before Liverpool was as big and successful as it is now, and it was the worst decision to give those up! I think the waiting list to be a season ticket holder now is like 25 years, so that will never come back! So yes, I am a passionate Liverpool fan and obviously they are going through a tough time right now. But that’s what happens, you go from the highest of highs and the lowest of lows together. 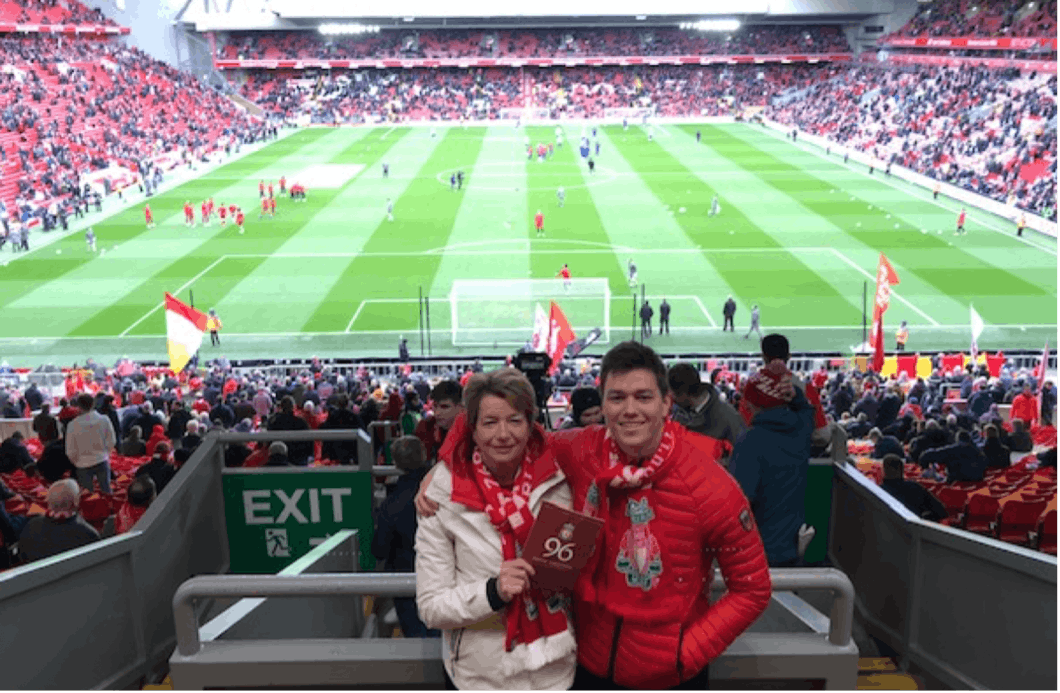 Is there a career highlight that you would pinpoint?

So, I think there have been two highlights. The first was when I was 32 and was appointed President of the UK and Ireland businesses of Coca-Cola, which was young to be managing this role! It was the most significant leadership position in the UK and there weren’t very many bigger markets around the world.  I was probably in the top 10-20 inside a very large cooperation. So that was fantastic, and I look back on those days with a lot of fondness. I suppose later in life as a director of RBS after it failed in the financial crisis and was bailed out by the government. I joined the board and again I would say there were about 10-20 of us who absolutely made the difference around wrestling the bank, by taking the balance sheet down from two trillion to 500 billion and just really managing some quite difficult circumstances both culturally, and with systems and regulators. That was really heavy lifting, but I am really proud of what is now Natwest. It is a good bank and is obviously supporting the UK economy with mortgages, small business lending and big business lending. Successful banks are fundamentally important for a successful economy and I played a part in that and that’s a great feeling.

As a chemistry student did you feel like females were underrepresented?

Definitely! We were I think 150 students and only two women! I never thought about it at the time, but it was very male dominated! 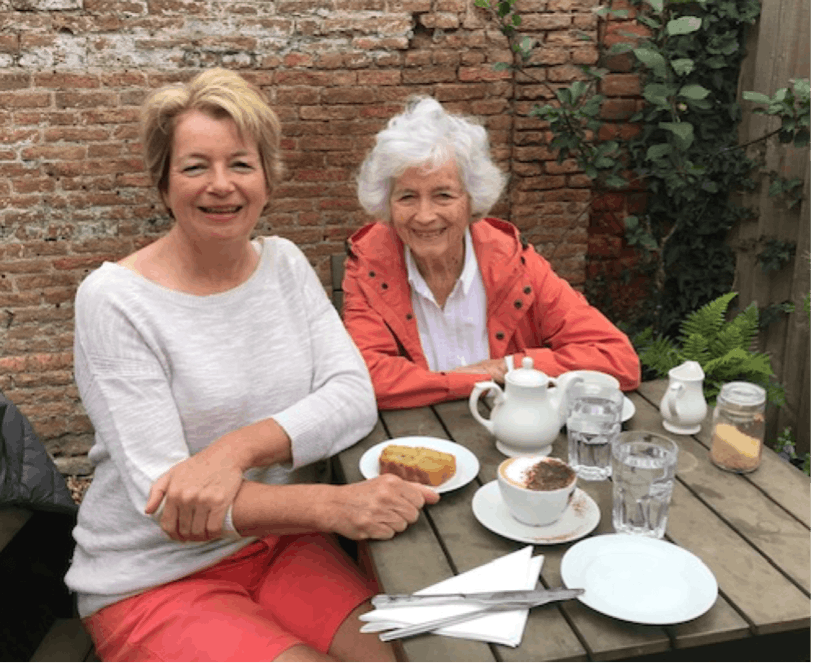 How did you decide that path?

There was really no other reason than the fact that I was quite good at sciences. I had chemistry, physics, maths at A-level and enjoyed chemistry. I wasn’t thinking of a career back then at all, I was just thinking about the joy of going to university, leaving home and chemistry was something I could do. After 2 years of chemistry, I had worked out that I wanted to be more business and commercially oriented and was less likely to be a scientist as a career. So, I did economics in my third year. That gave me that little window of what a business career could be.

What do you think companies like Form3 could do to encourage more women to go into STEM areas?

I have been involved with quite a lot of pioneering work at universities and I think we could take two or three university relationships and really showcase what the business is doing and what the graduates coming through various STEM degrees could be thinking about. There are some fantastic universities in the UK and Europe that are really producing some fantastic graduates. A lot of our colleagues are not coming in as graduates but are coming in with lots of experience, but a good company that wants to be sustainable is going to have to build that flow of younger talent. We did a lot of work on RBS, going on to campus and creating a lot of noise about the sort of careers that are available inside banks. We have something much more interesting and special than banks so we could absolutely stand out and I would love to be part of that. 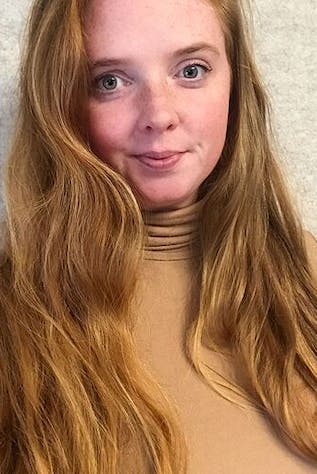 Leanne Schofield is a HR professional with 10 years of experience across Finance & Technology industries. At Form3, she heads up the People function responsible for managing all aspects of HR.