What US banks can learn from Europe's move to real-time

With the imminent launch of FedNow, we’re currently facing something of a ‘deja-vu’ from the launch of the ECB’s (European Central Bank) real-time payment scheme – TIPS. So what lessons can be learned from across the pond as the US gets ready for real-time.

In terms of history repeating itself, Europe, just like the US, already had an established real-time payment scheme (SEPA Inst, i.e. the equivalent to RTP) when the launch of TIPS overhauled the market and created two parallel schemes for banks to adopt.

However – a critical difference between the two scenarios relates to the Europeans forcing interoperability between the two schemes, allowing banks the option to operate solely on one scheme whilst benefiting from the reachability of both (i.e. similar to how EPN/FedACH is currently set-up). The forced co-operation of two competing schemes brought some initial uproar in the relatively conservative payment industry – but in the end they made it work.

This client focused approached has not yet been adopted by the US – which obviously creates a dilemma which many banks so far has chosen to ignore – that complete market reachability can only be achieved by operating two separate RTP schemes in parallel, with differences in submission, format and other key aspects.

The European example is a cautionary tale for US banks who have not yet addressed the impact FedNow will have on the market.  If we step back to the many similarities, the US still has a majority of banks reachable on RTP for receipts only. There are a number of reasons for this (ISO formatting, 24/7/365 operations, client demand etc) – however one of the most prevalent is the managing of funds during out of hours and weekends.  Traditionally, banks who elect to only receive transaction are often indirect participants of RTP, transacting through an intermediary who requires pre-funding and in return offers unfavourable cut-off’s and un-utilised liquidity.

However, this is often the only option for actors wanting to provide RTP services without having the risk of running out of cash during out of office hours – restricting clients from making payments and providing an overall unfortunate client experience.

This precise scenario is one of the underlying problems that FedNow is looking to solve, where funding of underlying settlement accounts can be executed directly from the Federal reserve account. This will bring additional safety to banks, providing support to in operate both payments and receipts, and crucially also grow volumes.

Sometimes the carrot just isn’t enough, and then there’s always the stick

Again, we can look to the European experience for insight.  It is likely that the Federal reserve (just like the ECB) will soon realise that a relatively slow growth in volume will not cover the vast expenditures for building a new clearing and will, in order to recoup some of the funding, mandate certain use cases.

The order this occurs in may differ – but the end result will always be the same.

In the case of Federal Reserve, it’s likely the US Treasury will start using FedNow for all outbound transactions made for things like tax-refunds, social securities and other small claims - because why should a consumer have to wait more than 10 seconds for money that are rightfully theirs to be paid out?

This will obviously lead to an influx of mainly retail banks adopting FedNow to ensure their customers can receive money offered by the government.  However this may not be sufficient in the eyes of the Fed.  To further increase market uptake, the next step is likely to require transactions under certain values to pass via FedNow rather than FedWire - to better manage the central bank’s liquidity. This has been done in several other markets, including Poland (Elixir/Sorbnet) and will again bring an additional number of banks to the clearing given their reliance on transactions with instant confirmation.

Finally, the US Treasury’s ultimate option is to make reachability mandatory in one way or another - similarly to the decision taken by the ECB. Hence, if there is anything history has thought us, it’s that Real-time payments are coming, whether banks want it or not - and that it’s always best to choose a strategy of early adoption.

RTP or FedNow? Why not both?

Payment gateway aggregators like Form3 can help solve for interoperability and early adoptions.   The more advanced aggregators will allow their clients to efficiently bridge the many gaps that will exist between both FedNow/RTP and Real-time payment/ACH. Using cutting edge tools to aid banks in redirecting transactions based on preferences such as liquidity-levels at one scheme versus the other, cloud-native processing to grow scalability along with FedNow/RTP volumes, as well as providing a resilient solution that operate seamlessly 24/7/365 are now pre-requisites for payment gateway providers.  Form3 was founded and built specifically to address these challenges.

Discover how Form3 can support your move to real-time 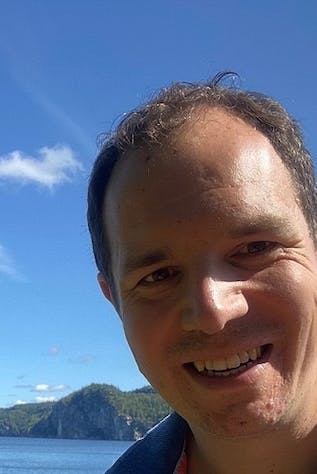 Erik Alstromer Head of Market Expansion and US Product

Erik Alstromer is Head of Market Expansion and US Product at Form3.